Hula Hoops back on TV as sponsor of ITV’s ‘Splash!’

Hula Hoops is back on TV this month as the happy sponsor of Splash! – the primetime entertainment show featuring Tom Daley which has returned for its second series. 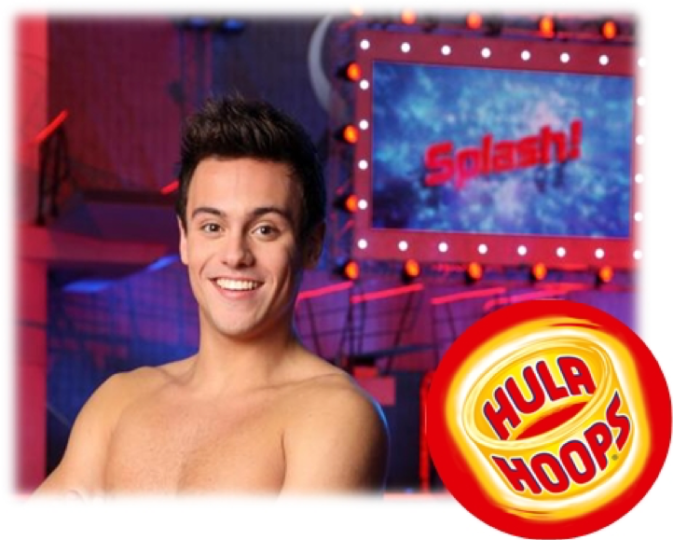 Splash! was a big hit in its first season in 2013, when it was ITV’s biggest entertainment launch in 5 years.  In the show, Tom Daley trains a range of celebrities in high dives of increasing difficulty, with Vernon Kay and Gabby Logan joining Tom on the judging panel.

Splash’s appeal to a family audience is ideal for Hula Hoops, and the sponsorship helps bring to life Hula Hoops’ fun, quirky and approachable personality.  Twelve individual accreditations for the snack brand appear during each show, using an engaging animated creative that positions our tasty Hula Hoops as the stars, attempting dives of their own in their very own, branded arena.

It is estimated that Splash! will attract around 5-6 million viewers every weekend during its seven-week run from 4 January to 15  February 2014.

Don’t forget to tune in and watch Splash! for yourself this weekend!  And follow all the action along with Hula Hoops on Twitter @HulaHoopsUK.