McCoy’s has relaunched its ‘Win Gold’ campaign for 2018, offering a prize of £10,000 to lucky snackers who find one of five gold crisps hidden in packets of McCoy’s. 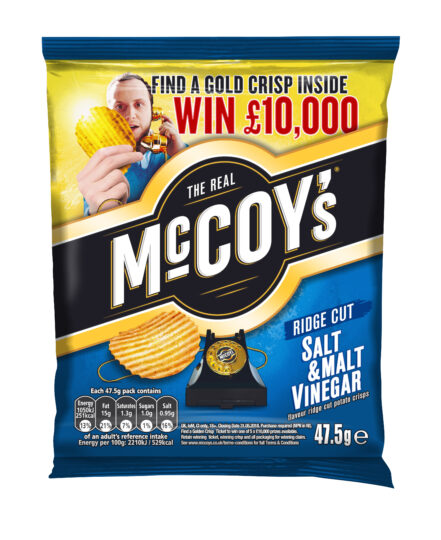 As the UK’s number one ridged crisp brand, McCoy’s is proud to put full-on flavour at the heart of everything it does. The Dig for Gold on-pack promotion runs alongside a £1.5m television campaign that will see the ‘When Flavour Calls’ creative return to TV screens.

Ending in May, the promotion is running across McCoy’s £1.70 multipacks in both Classic and Mighty Meat flavours, and the £0.89 McCoy’s Grab Bags which come in a variety of delicious flavours: Flame Grilled Steak, Salt & Malt Vinegar, Cheddar & Onion, Hot Mexican Chilli, Sizzling King Prawn, Thai Sweet Chicken, and Paprika.