This week, McCoy’s - the UK’s number one ridged crisp – has launched its first radio campaign, featuring the voice of McCoy’s TV mascot ‘Flavour’. More shock-jock than drive-time-smoothie, we hear him prank-dial the unprepared nation with one message - Eat McCoy’s, because Flavour calls! He’s not convenient, he’s not considerate, but you can’t deny his persistence. 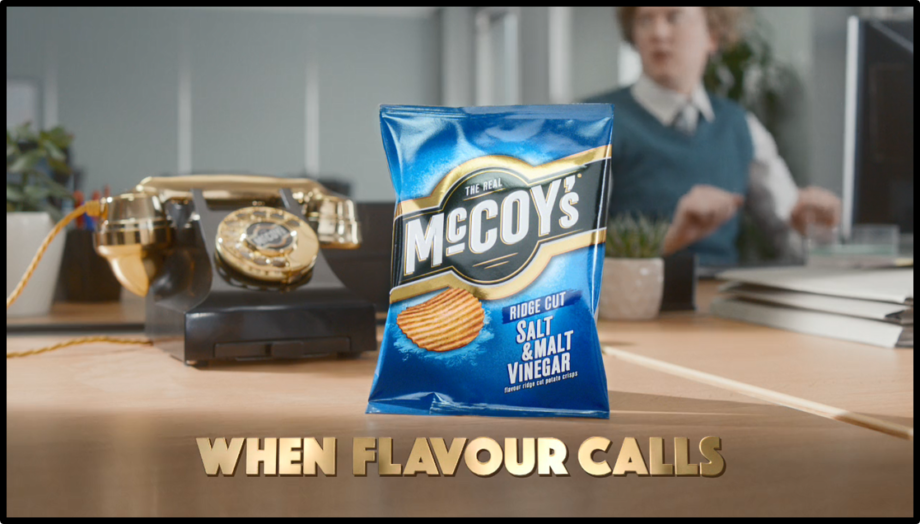 The four comedic spots showcase some of McCoy’s most popular flavours including Cheddar and Onion, Flame Grilled Steak, Thai Sweet Chicken and the new and improved Paprika.

The campaign will be further supported by the re-running of the original 20” TV spot ‘When Flavour Calls’ alongside VOD and McCoy’s’ social channels.

Continued investment in McCoy’s has contributed to the brands impressive growth which is in double digit MAT growth of +12.8% and is currently worth four times the size of its nearest competitor.